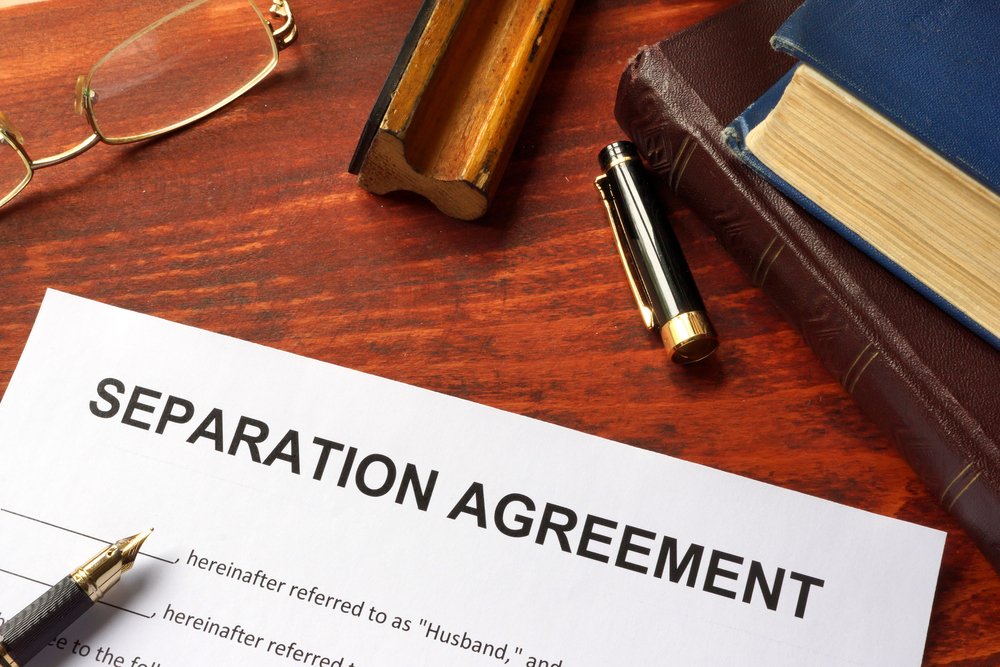 Deciding to separate from your spouse can become one of the most heart-wrenching decisions of your life. It is often difficult to separate because the separation may cause many people to be affected, especially if the marriage produced children. In order to provide a smooth and less contentious means of separating, spouses should often consider entering into a Separation Agreement to dictates the terms of their separation.

Under North Carolina law, a “legal separation” is not a separate court proceeding from the divorce. In some states, a “legal separation” requires the filing of court documents with the court and is a prerequisite to dissolve the marriage. However, North Carolina law only requires the spouses to live separately for at least one year before filing for divorce. During the period of separation, the spouses may seek attorneys to assist with drafting a Separation Agreement to define terms of the separation and provide a smooth transition through the divorce process.

What are the requirements for a Separation Agreement?

A Separation Agreement must be in writing and signed by both spouses and notarized in order for it to be valid. It is usually signed at or after the spouses’ separation. A Separation Agreement may be deemed invalid by a court if it is found that a spouse signed the agreement under situations of coercion, undue influence, fraud, or without full disclosure of the other spouse’s finances.

What is included in a Separation Agreement?

In order to best protect both spouses and any children, a Separation Agreement should cover these five issues:

Distribution of assets and debts

There are many different types of assets which should be considered and included in the Separation Agreement. These assets can include joint and separate bank accounts, retirement accounts, and life insurance accounts. In order for the spouses to have a full understanding of all the assets and debts, a list of all accounts should be itemized for each spouse to review.

Spousal support, also known as alimony, may be included in a Separation Agreement and the provision will usually detail the financial responsibility of one spouse to the other to assist in maintaining a certain lifestyle. A fair amount of alimony typically depends on different factors such as the length of marriage, income of each party, and the ability for one spouse to make a living after the marriage has ended. The Separation Agreement should also detail the length of time the alimony should be paid.

If the spouses share children, then it is important to include details about parenting time, educational and medical decision making, and where the children will primarily reside. Often, issues regarding children can become contentious throughout divorce proceedings and it is in the best interest of the children to try and reach an amicable agreement with your spouse to include in your Separation Agreement. In order to determine which spouse will pay child support, North Carolina law follows guidelines which considers each spouses income, parenting time, children’s educational expenses, and if one parent pays for the children’s health insurance or other benefits.

The Separation Agreement should detail which provisions are unmodifiable in the divorce proceeding and that these provisions should become part of the divorce. The provisions which are typically converted into the divorce agreement are the division of assets/debts, real property arrangements, and alimony. The court will usually approve the distribution the couple agrees is fair in order to not infringe on either spouse’s negotiating power.

What if your spouse breaches the Separation Agreement?

If a spouse breaches a Separation Agreement, then the other spouse may be able to file a lawsuit against that spouse for breach of a contract. The spouse may file the lawsuit to seek repayment of damages, or to stop the other spouse from continuing with the action that is causing the breach through an injunction. Another remedy available by filing a breach of contract lawsuit is to request an order from the court requiring the breaching spouse to perform a specific promise under the Separation Agreement.

A Separation Agreement can provide a smooth transition for you and your spouse to amicably handle the process of separating and preparing for divorce. If you have any questions about Separation Agreements, please call us at (336) 272-4299. When you choose to work with one of our knowledgeable family law attorneys, you are receiving a skilled, experienced and effective advocate.