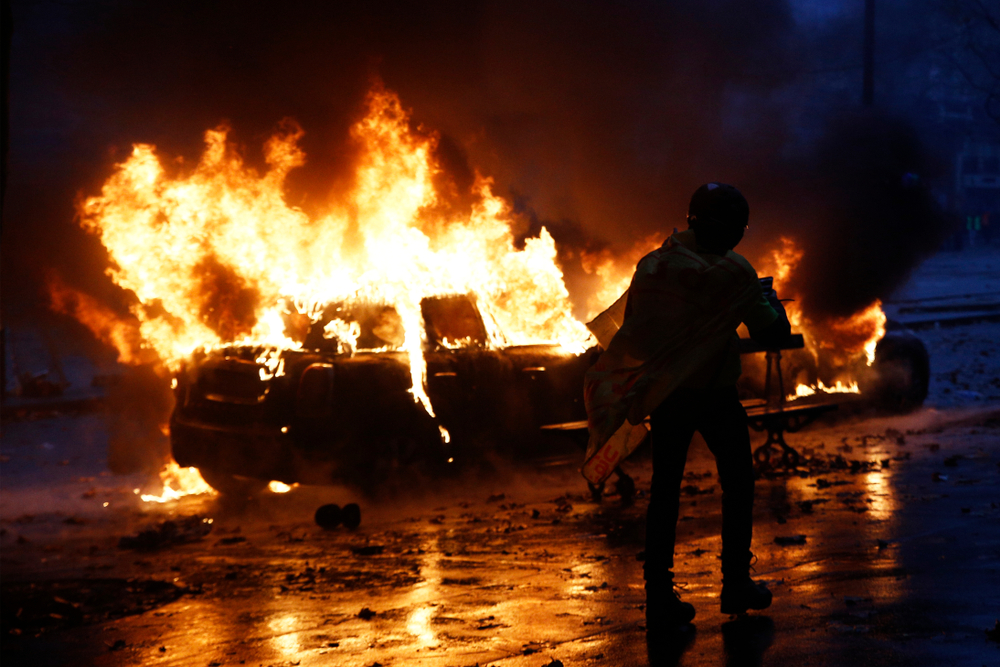 The fiery wreck killed three sisters who were riding in a limousine after attending a concert in September 2003.

Greensboro -A Greensboro man was sentenced to at least 57 months in prison Friday after a jury convicted him of driving while impaired and three counts of involuntary manslaughter in the deaths of three sisters in September 2003.

Jeffrey Niles McFayden, 36, was charged with second-degree murder after the sisters died in a car fire that started when McFayden’s truck hit their limousine.

After McFayden’s conviction on the lesser charge, Guilford County Superior Court Judge Steve A. Balog sentenced McFayden to between 19 and 23 months in prison for the death of each sister – Tara Howell Parker, 29, Mysti Howell Poplin, 24, and Megan Elizabeth Howell, 16.

But he said the maximum sentence allowed by law didn’t seem sufficient.

“If it’s a tragedy, it’s a tragedy of McFayden’s own making,” Balog said. “We’ll continue to see these accidents on our highways until people realize that you can’t drive on these highways drunk without consequences.”

The victims’ families and the prosecutor, Howard Neumann, were disappointed with the jury’s verdict, which came after seven hours of deliberation.

“I can’t imagine to the smallest degree what this family has suffered,” said Neumann, chief Guilford County assistant district attorney.

“I’ve done this a long time, and I’ve never seen a tragedy like this before.”

The three sisters were riding in a limousine after a concert at the Greensboro Coliseum. Their limo was stopped in traffic on Interstate 40 near the Vanstory Street overpass the night of September 10, 2003.

McFayden’s Ford F-150 pickup crashed into the back of the limo, sparking a fire and trapping the sisters inside. All three died from burns and smoke inhalation.

Though McFayden didn’t testify during the trial, he apologized to the family of the three sisters, his own family and the community.

“It will not happen again,” he said tearfully during sentencing. “ I prayed and prayed for forgiveness.”

Eleven members of his family, sitting behind the defense table, began crying during his statement.
More than two dozen members of the Howell family, who sat across the aisle, were still overcome with emotion after hearing the verdict.

And that last statement from McFayden brought more tears. Several buried their heads in their hands or in the arms of nearby relatives.

The difference between the second-degree murder charge and involuntary manslaughter turned on whether McFayden acted with malice when he got behind the wheel of his truck while intoxicated.

After the accident, he was found to have a blood alcohol level of 0.17, more than twice the legal limit.

Balog said the sentences for involuntary manslaughter would run consecutively and allow for time served. McFayden has been in jail since the crash happened in September 2003.

The judge also recommended he enroll in substance abuse counseling while in prison.

Placement of the gas tank behind the rear axle – including the 1998 Lincoln Town Car limo – increased chances the gas tank would leak and catch fire if the vehicle were struck from behind, Culbertson argued.

But the judge limited that testimony, only allowing into evidence damage to the gas tank in this crash.
Neumann argued the deaths resulted from McFayden driving drunk and running into the limo.

McFayden’s 1999 conviction for driving while intoxicated was used as evidence of malice.

Neumann got choked up several times as he told the court about the three sisters: the high school student and the two wives and mothers.

“It’s just a terrible tragedy,” he said. “No verdict they (the jury) could have brought back could have undone the tragic events of that night.”

Family members of the sisters declined to comment in detail about the verdict.

The jury reached the right decision in the case, Culbertson said during sentencing.He said that McFayden, a father of two teenage sons, never intended to hurt anyone.

His mother, Minnie McFayden, said the family was concerned about the judge’s decision to limit testimony to support her son’s defense.

Their family is thankful McFayden wasn’t convicted of murder, she said, but also mindful of the feelings of the Howell family.

“We do have a lot of sympathy for their family, we understand that they have a loss,” Minnie McFayden said.